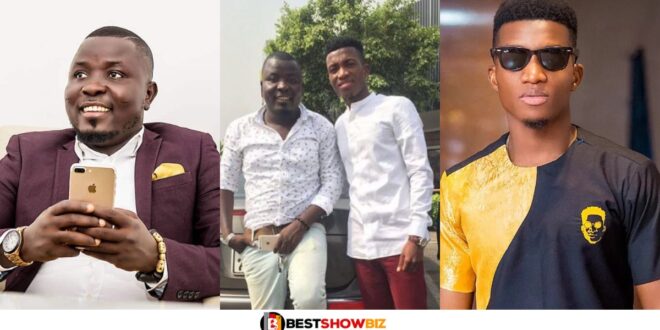 “I am the person who discovered Kofi Kinaata”- Dr. Pounds (Video)

Maximus Mensah, also known as Dr. Pounds, a Ghanaian media personality, has disclosed that he discovered Martin King Arthur, better known as Kofi Kinaata, one of the top Highlife singers of today.

According to Dr. Pounds, he used to organize rap bouts between rappers from Cape Coast and Takoradi, and at the time, Kofi Kinaata was Kasahare with Kwame Amofa of Melody FM in Takoradi.

Dr. Pounds revealed this to Deloris Frimpong Manso during an interview on the Delay Show. Kofi Kinaata overcame all of the rappers he came with from Cape Coast, and as a consequence, he became friends with him and began mentoring him in rap music.

Read Also  Video: Lady shows off the huge cucumber she has been using on herself

He said that the “Fante rap god” was so brilliant at rap that he sometimes conceals him when other rappers show up for battles since most of them were terrified of him.

The well-known radio show host also revealed that he used to go from studio to studio with a Pendrive containing Kofi Kinaata’s songs, recommending him to producers and radio presenters to listen to and promote him until Kofi signed a five-year contract with High-Grade Family, which is owned by Samini.

Dr. Pounds also stated that he is not shocked that Kofi Kinaata is accomplishing so much for himself even after leaving High-Grade Family since he saw in him the potential for greatness.