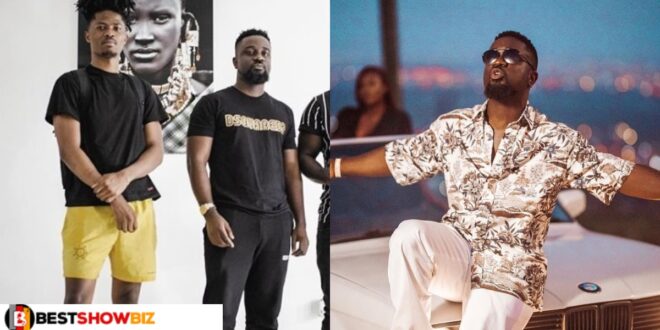 Ghanaian rapper and businessman Micheal Owusu Addo, well known in the entertainment world as Sarkodie, has revealed that he is the artist Kwesi Arthur’s biggest fan.

Kwesi, one of Ghana’s most creative and gifted rappers, rose to prominence in 2017 after releasing his song “Grind Day,” which trended and offered him the platform to achieve greater heights with his music.

Sarkodie, who has been a fan of the young champ from his discovery, has always pushed him wherever he could, and he recently included him on his song Coachella, which has been a hit since its release.