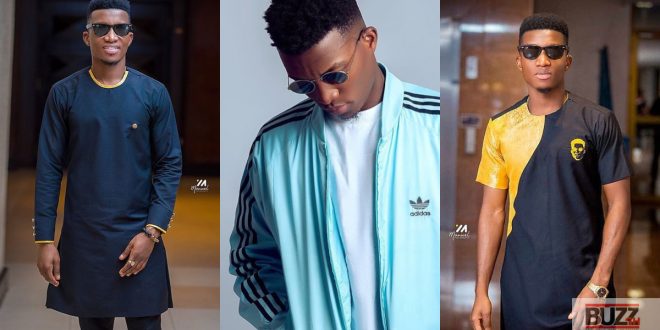 Kofi Kinaata, a multi-award-winning Ghanaian composer and recording artist, has sent a message to his critics who want him to marry and start a family.

Even his mother, according to the Fante rapper, is not forcing him to give her grandkids, so the trolls should give him a break.

In an interview with Kastle FM in Cape Coast, Kofi Kinaata joked that even his mother still sees him as a baby, implying that he still has years to settle down and finally become a family man.

No one is mounting pressure on me because my parents have never talked to me about having children and giving them grandchildren. As for my mother, I’m her last kid so she still sees me as a child who is still young and not someone who should rush to give birth”.

Even to buy my automobile, I have to persuade my mother first because she believes I’m the young boy Kofi she gave birth to

Kofi Kinaata went on to say that he occasionally calls his mum before purchasing personal items. He went on to remark that if he wants to buy a car, he’ll have to persuade her mother to let him because she still thinks of him as a baby.