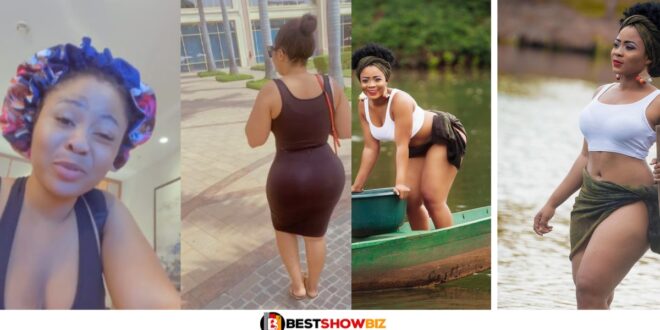 Kisa Gbekle, an actress, has issued an unequivocal apology to Moesha Boduong for everything she said about her after she underwent body enhancement surgery.

According to her, the apology she is offering also extends to other women who have undergone cosmetic surgery to improve their bodies, including herself.

In an interview, she stated that all they did was make themselves look nicer and more beautiful, but people attacked them because they couldn’t afford it and thus thought what they did was wrong.

She went on to say that while she did not insult Moesha for enhancing her body in the past, she did say it was wrong and now believes the statement she made at the time was incorrect.

Kisa Gbekle advised women who have given birth and feel their bodies are no longer attractive to undergo tummy tuck surgery to improve their appearance.

Moesha has come under fire after it was revealed that she went to Obengfo for hip and buttock surgery in order to attract more potential customers.

Kisa Gbekle, an actress, recently traveled to Greece for cosmetic surgery that cost more than GHC60,000.