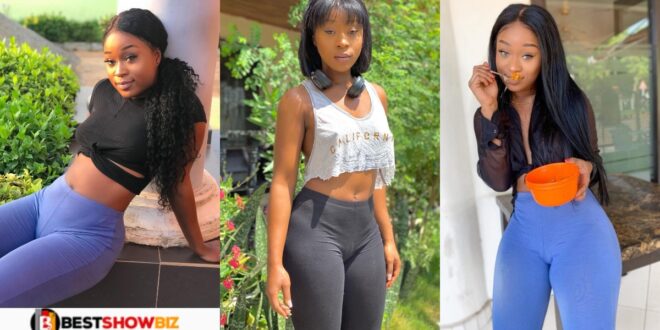 “I am self made, i don’t depend on men to survive”- Efia Odo

Efia Odo, a popular Ghanaian online star and Instagram model, has turned to the digital arena to make some provocative remarks that have sparked reactions from people on a platform.

The actress, who is known for wearing sexy costumes, has stated that she has never relied on a guy for survival, implying that all of her vacations, opulent lifestyle and other luxuries are paid for out of her own cash.

This statement aims to refute various online reports that she has been opening her legs for me to pay her expenses.

Well, her most recent tweet on the prominent microblogging site, Twitter, refutes all of her claims, stating that she is self-made and does not rely on any guy.

In her own words, “Self made never depend on a ni**a for sh*t not even for some d*ck I’ll rather play with my cl*t #EtotheO”

She however noted under the comment section of the post after a fan questioned what might have triggered her and she claims it’s a song lyrics she’s been writing.