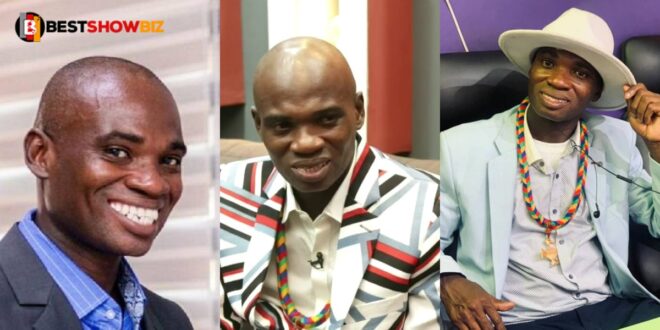 “I am ready to settle down, the playboy life is not for me”- Dr. UN says after suffering broken heart

Dr. UN, a laidback Ghanaian con-artist, has disclosed that he is currently unmarried and aggressively looking for an elite lady to settle down with.

Dr. UN revealed to Abeiku Santana on Okay FM’s Ekwansodwodwo segment that he was formerly married in the United States, but the lady left him for another man.

He regarded that era as one of the saddest in his life since he cried his eyes out following the unexpected breakup.

Despite claiming in the interview that he has totally recovered from his shattered heart, he still can’t get over his ex-lover.

Kwame Fordjour, a self-proclaimed Global Ambassador for the United Nations (UN), has revealed that he is now ready to be a husband once more.

He also stated that he is looking for a woman who will support him in all of his pursuits and accept him for who he is.

In the viral social media video, Dr. UN admitted to sleeping with the 17-year-old lady but denied impregnating her because he only slept with her once.