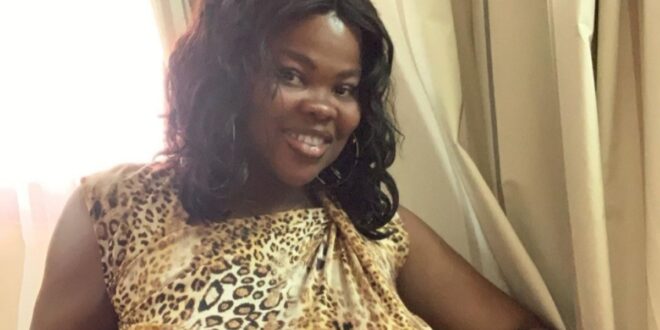 “I am perfect, my large b()0bs was not a mistake by God”- well-endowed Nigerian woman reveals

Chioma, a well-endowed Nigerian woman has made a sensation online with her enormous b()0,bs which.

She did reveal, however, that she did not always feel confident about her body due to the fact that people used to troll her and say harsh things to her about something that she was unable to control.

Chioma revealed, during a conversation she had with LIB about her problems, that there were times when she covered her breasts by covering them up with baggy clothing and using tight bras. This was because she was constantly receiving a lot of attention from other people.

She claims that it is quite difficult to locate a bra size and that as a result, there are occasions when she does not even bother to put one on.

She went on to say that the people’s immediate response upon seeing her is to stop what they’re doing and gaze at her.

She did mention, though, that she had developed the ability to love and accept herself exactly as she is.

She said “if my large breasts ever pose a health problem for me in the future, I can always go for surgery to reduce them.”

See the photos and video below.