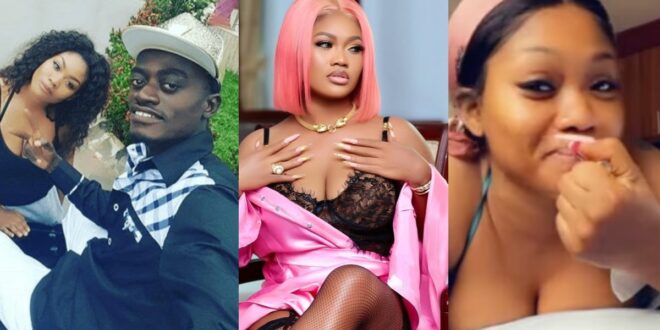 “i am not a second choice”- Sandra Ababio reacts to lil wins revelation that he is married.

Kwadwo Nkansah Lilwin, a famous Ghanaian star, recently announced that he is married again after his first marriage fell apart.

Despite his suspected relationship with Sandra Ababio, Lilwin revealed that he has secretly married to Serwaa, a hardworking woman who lives with his two children in the State.

Sandra Ababio has expressed her displeasure with Lilwin’s revelation on social media.

She shared a screenshot in which she defined herself as self-sufficient, intellectual, and trustworthy, among other qualities.

She is in a lot of pain after losing the ring to another woman. Who knows how many she has given up for Lilwin over the years!