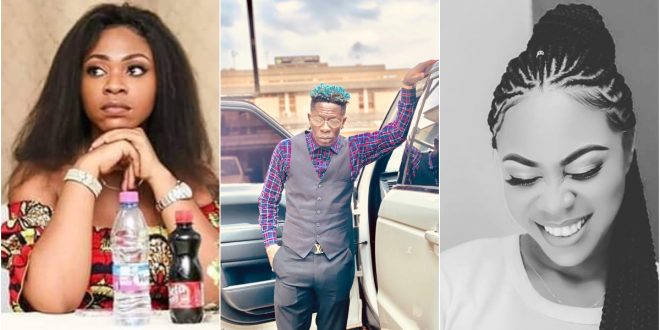 Shatta Michy, the baby mother of Shatta Wale, the controversial dancehall musician, has replied to criticism of her deafening silence after the arrest of her son’s father.

Shatta Wale, alias Charles Nii Amarh Mensah, was arrested on October 20 after turning himself in to the police a few hours after being declared wanted for faking a gunshot attack on him.

Following that, he was charged and brought before the Accra Circuit Court. However, he pled not guilty to the charge of spreading false information in the public domain that generated fear and terror.

He was detained in police custody for one week by the court, and he was afterwards moved to the Ankaful Prison for his next court appearance.

A Facebook user reacted to the development by asking Michy why she has kept mute on the subject that has attracted the attention of Ghanaians, and urged her to stop advertising other people’s products and go visit Shatta Wale.

Michy responded by forcefully stating that she feeds the advertisements to her son Majesty, and that the imprisonment of Shatta Wale will not discourage her from earning money now that she is a single mom.

The advertisements, she claimed, would put food on her table, not her remark about her baby daddy’s arrest.