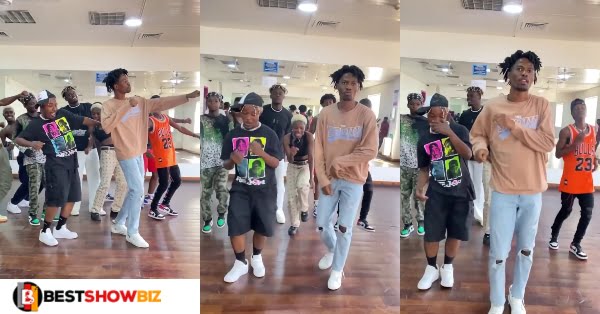 In an interview with Andy Dosty, Kwesi Arthur explained that he has opted to add more energy to his stagecraft in order to stand out a little more.

The Ground Up singer was recently seen in a video receiving dance lessons from choreographer DanceGodLloyd, and when asked about it, he stated that it was vital for him to learn some easy dance movements in order to thrill his fans when performing on stage.

According to him, he recognized it as something he lacked at the start of his career and has found the right motivation to learn, which is why he was observed having some dance lessons from DanceGodLloyd.