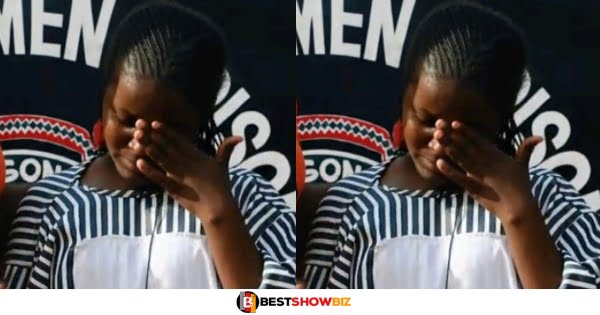 ‘I am in prison because of my boss, I work at a wine shop and he betrayed me’- Lady in prison shares her story

Makena, a 22-year-old woman, is currently serving a three-year sentence for a crime she did not commit.

Makena completed her fourth year of high school in 2019 and, because her mother could not afford for her to continue her education, she opted to look for work to help her mother.

She acquired a job selling wine and spirits, but she was detained by KRA investigators three days later for selling alcoholic beverages that had not been approved by the Kenya Bureau of Standards.

She begged them not to arrest her because her boss had not shown up. She was arraigned in court, and the judge sentenced her to three years in prison or Ksh 100,000 in cash bail.

Makena alleges she was raised by a single mother and could not afford the Ksh 100,000, and that when she attempted to contact her boss, she was never answered.

Makena argues that despite the fact that the judge knew she wasn’t the shop’s owner, he nonetheless sentenced her to prison for a crime she didn’t commit while the real criminal roams free outside.

Makena is now seeking justice after serving six months in prison. She maintains that life in prison is quite difficult.

She encourages young people to refrain from committing crimes in order to avoid going to prison.

Read Also  "My family members tried to k!ll me when I was born so I spent 3 years in hospital"- Lady with no arms speaks