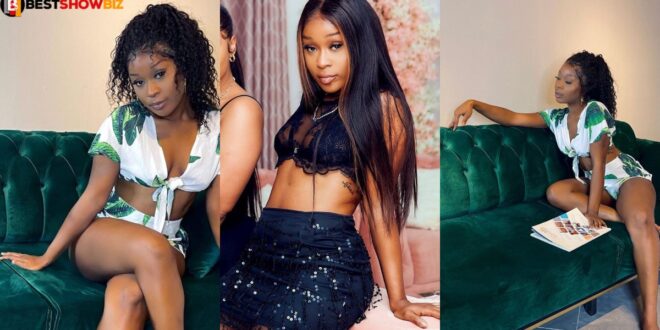 “I am done with fix the country, I value and fear for my life”- Efia Odo

Efia Odo was all about fixing the country until she took a break and returned with a completely different attitude.

She merely stated that she was taking a break in order to focus on her mental health. It’s possible that the death of social media activist Kaaka had an impact on her, as she claimed that people blamed her for what happened to him, but there’s more to the story.

She claimed on Twitter that she was receiving threats because she was using her position to promote the Fix The Country campaign. From the tone of the tweet, she appears to be afraid to even speak out about the system’s flaws for fear of being attacked.

“I just read that airport workers have been without pay for the past 13 months. Fix the country, I’ll say, but I’m scared they’ll start threatening me again. People have fixed themselves by acquiring work, but they are not being compensated for their efforts. She tweeted, “What a shame!”

If Efia Odo was truly threatened for joining the campaign, then it’s no surprise that when she returned from her vacation, she disassociated herself from it .

She finally recognized that fighting for Ghana is a thankless and useless endeavor, noting that because they don’t care about us, we should take care of ourselves.