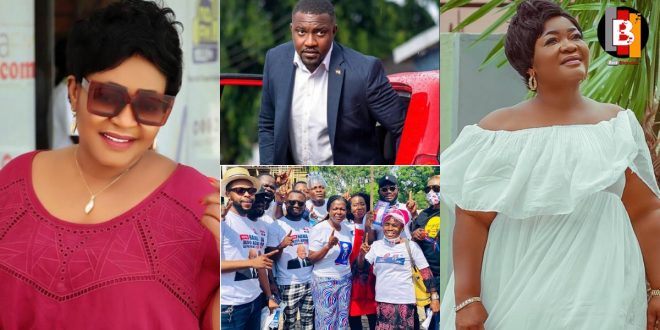 Actress Christiana Awuni has added her voice to the ongoing situation at Ayawaso where Kalybos, Bismark the Joke, Bibi Bright, and Prince David Osei have decided to join forces with Maa Lydia to campaign against John Dumelo.

Speaking in an interview with Nana Romeo on Accra FM, Christiana Awuni revealed that, there was no love in the movie industry and that she was ashamed that some of her colleagues will take money and campaign against one of their own.

She revealed that they could have campaigned in another constituency not where their own brother was also hoping to win and be a member of parliament.