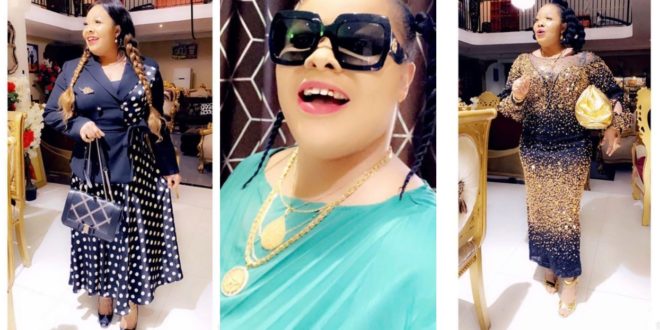 “I am born again but i will not spare you if you talk sh!t about me” – Nana Agradaa

Evangelist Patricia Asiedu, popularly known as Nana Agradaa, a former fetish priestess and spiritualist who is now a born-again Christian, has issued a harsh warning to her critics.

According to Nana Agradaa, she has been very patient with individuals who attack her on the internet for some time now, and she has realized that they aren’t going to stop their smear campaign against her anytime soon, so it’s past time she squared off with them.

Nana Agradaa swore passionately in a Facebook live a few hours ago to deal severely with anyone who assaults or trolls her in the future.

She declared explicitly in the video that, even if she is now a woman of God, she will still deal with her attackers with baby’s gloves.

Nana Agradaa also stated that she has sharpened her mouth and teeth and is prepared to devour anyone who comes across her way in the coming days.

We all know how infamous Nana Agradaa can be when it comes to insults, therefore any rational individual would do well to avoid her.