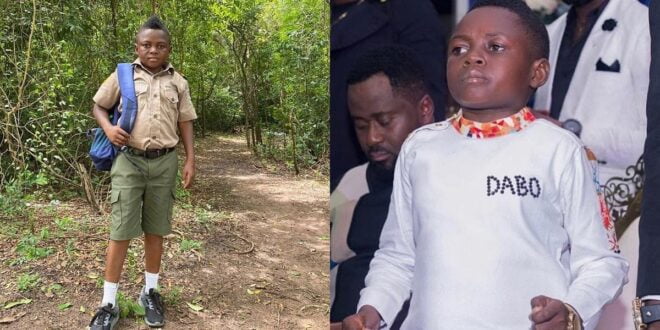 Yaw Dabo, a Ghanaian actor, has claimed that he has been in negotiations with Okesse 1 about a possible collaboration.

Yaw Dabo revealed in an interview with ZionFelix that he began a conversation with the singer on repentance as soon as they boarded the same airline.

Dabo, who claimed to be an elder in his church, believes that having a close relationship with Okesse 1 is not a problem.

According to him, the most effective method of converting someone to Christianity is through personal relationship.

Okesse 1 will be ordained as a pastor in the future, according to Yaw Dabo.

This conversation would have been incomplete if he had not mentioned the promise that Okesse 1 has made and has yet to deliver on.