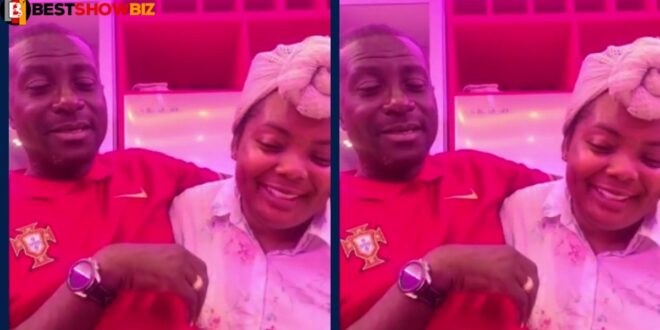 Captain Smart, a well-known television figure, has disclosed what makes his wife terrified, as well as spoken about the claims leveled against him.

“He who finds a wife finds a good thing, and obtains favor from the Lord,” according to Proverbs 18:22, and this is completely true considering how great men who had an influence on the world were supported by their wives.

Every successful man has a wife, and if you do not have a wife, you are not a whole man, and anything can happen to you. Respect the lady you choose. He who finds a wife has found God’s favor, which includes a friend, a mother, a partner, and, most importantly, an advisor.

This is particularly true in light of Captain Smart’s wife’s unwavering support for him and her role as his backbone on which he relies for aid. There are many women in the world, but only a few wives.

Many women are unaware that being a woman does not automatically imply that they can be a wife to a guy. There are some attributes that a woman must possess in order to be a good wife to her husband.

Some men end relationships or marriages after discovering that the lady they are living with is not yet their wife.

The wedding will confer the title of wife on you, but your actions will determine whether your spouse considers you to be married to a woman or a wife. When Captain Smart was engaging his followers in his live internet presentation, the lovely mistress of the house spoke out.

The lady was asked questions, and she responded when the captain asked her to. What are your thoughts when false allegations and charges are leveled against him?

But, in the end, he praised his wife, whom he characterized as supportive, even if she gets irritated when he does not have time for her.

The video can be viewed here.