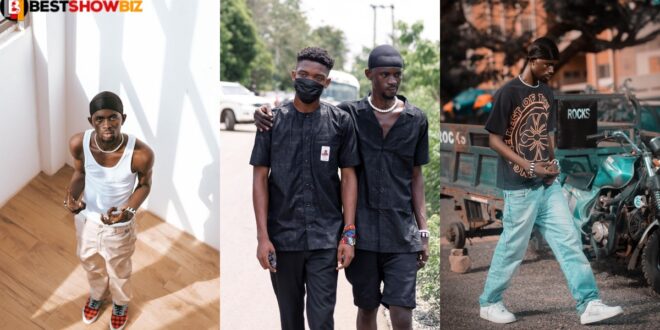 “I am a strong Muslim, I pray 5 times a day, I don’t drink or smoke”-Black sherif

Black Sherif said that his father was an Asante guy who converted from Christianity to Islam. He stated his father kept his name ‘Frimpong’ even after converting to Islam, so he kept it too.

He stated that he was born into the Islamic faith and thus performed all the required rites as a sincere believer in the Prophet Mohammed and the Holy Quran, such as praying five times daily and fasting during Ramadan.

The ‘Second Sermon’ singer also revealed he is a devout Muslim who does not drink, smoke, or do anything contrary to his faith, having grown up in a traditional Zongo Muslim home in Konongo.

His age is questioned by most people, he says in an exclusive interview with renowned media personality and musician Andy Dosty on his ‘Day Break Hitz’ morning show.

He wishes he might eventually bring a family member to an interview or have them call him to confirm his age.

The rapper explained that his fans nicknamed him ‘Blacko’ because the name ‘Black Sherif’ is too long for them.