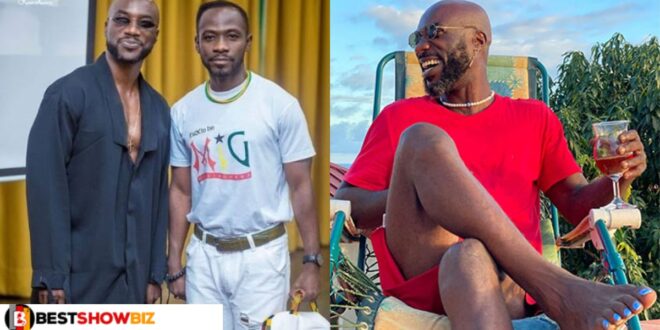 “I am a man and I am attracted to women. I can never be attracted to another man”- Kwabena Kwabena reacts to [email protected] allegations

Kwabena Kwabena, a talented and celebrated Ghanaian Highlife musician and prolific songwriter, has once again aggressively denied rumors that he is gay.

Kwabena Kwabena shared his thoughts on the controversial ANTI-LGBTQI+ Bill in an interview with Lexis Bill on JOY FM.

Although Kwabena Kwabena is not gay, he believes it is ruthless for us to punish others for a sexual preference that has no direct impact on anyone.

Kwabena Kwabena, who has been labeled as a gay man, has also denied the rumors, emphasizing that he will never be attracted to a man.

“I am a man and I am attracted to women. I can never be attracted to another man”, Continuous discussions on LGBTQ issues rather promote the agenda as against the general societal disapproval of it.”

Meanwhile, the public hearing on the ANTI-LGBTQI+ Bills which started last Thursday under the auspices of the Constitutional, Legal, and Parliamentary Affairs Committee of Parliament has been temporarily suspended.