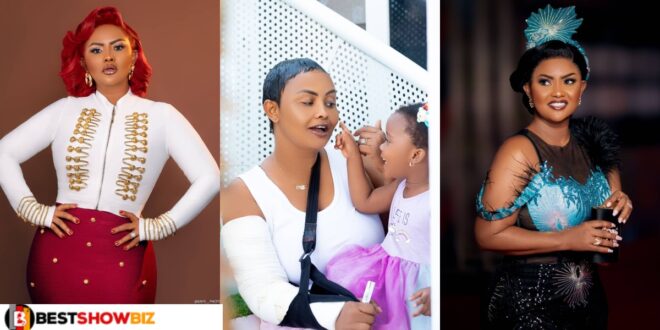 Awarded to women who have made significant contributions to society as African women, the Award is organized to recognize and honor them. In her speech, she revealed that she is a champion for people who do not have a certificate but are still trying to make it in life.

She claims that, despite the fact that she lacks a certificate, her focus and determination have enabled her to get to where she is now. Her speech has moved many people to tears, with some claiming that her life is an inspiration to many others.

She wrote the following on the video after posting the video:

I will Always Be Grateful To God and to Ghanaian for Your Support. I must Commend @gubaawards for This HONOR  And To My Sister @dentaa_show
#Ay3koo to Every Women to Who is Doing Their Best For God and Country  #BRIMM