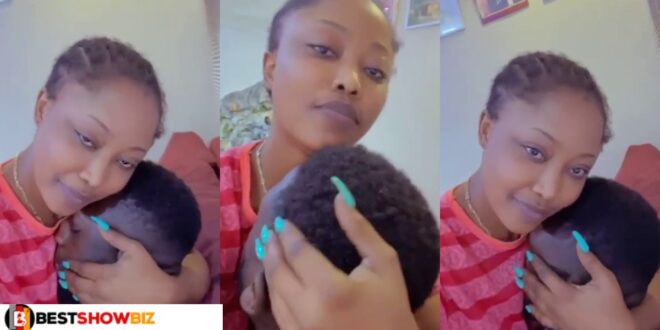 Joyce Boakye, a Ghanaian actress, has finally responded to curses from her new boyfriend’s wife, who is currently based in Germany, accusing her of snatching him.

The Kumawood actress openly clapped back at the wife of the man she is currently dating, emphasizing that she is not a husband snatcher.

In her response to Adwoa, Joyce Boakye stated that she has never snatched a man from her and will never wreck another woman’s matrimonial home.

Boakye also advised wives to love and respect their husbands so that no other woman could take them away from their homes.