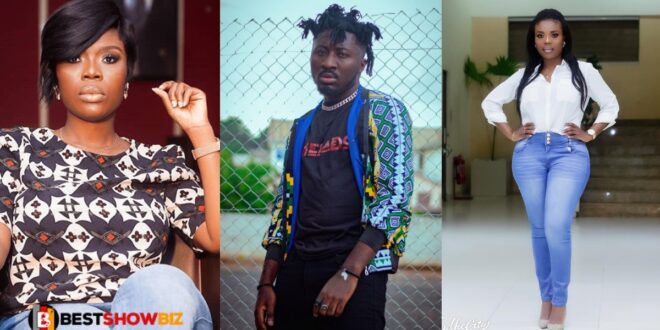 This week on the Delay Show, rapper Amerado is in the hot seat with the media darling.

Amerado discussed his love life, whether he was hooked or not, in a sample of the interview uploaded on Delay’s Facebook.

In response to the inquiry, he admitted he had a girlfriend, but he did not want the focus to shift away from him Amerado because he wants the fans to focus on him.

Delay then remarked, “Perhaps it will not work out and a fan will be the replacement,” to which he promptly responded, “Or maybe it will be her Delay herself.”

That is when she informed him he could not marry her since she was 39 years old and he was going to worry about her womanizing.