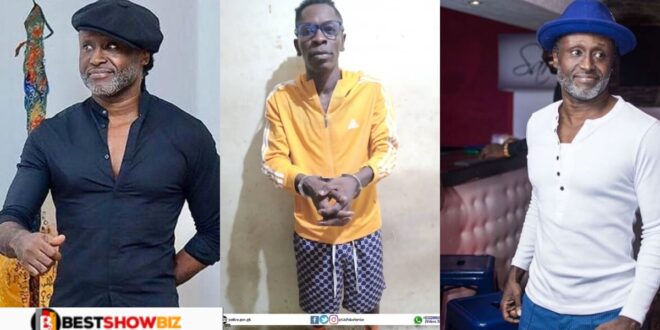 “I almost collapsed when I heard shatta wale has been shot, he went too far”- Reggie Rockstone

Many individuals appear to have been disturbed by Shatta Wale’s prank from yesterday. Certain jokes are not taken lightly by some people, and when you are a public figure, even the smallest of your actions matter.

Reggie Rockstone, a hip-life icon, has spoken out about how delicate Shatta Wale’s trick was. He affirmed to an interview to say that certain actions should be carefully considered before being carried out because they can have serious consequences.

Reggie Rockstone explained that because he was getting older, hearing the news made his blood pressure rise. He also said that his phone was always buzzing, which aggravated the situation.
He explained how things like this should not be taken lightly when your name is as well-known as Shatta Wale’s. He also thought he went too far with the stunt.

He explained that death was not something to be taken lightly, and that the way he handled it had resulted in far more harm than good. He was, on the other hand, urging the Ghana Police Force to be fair in their dealings and act appropriately.

He was requesting that they be kind with the dancehall artist and not exacerbate the situation. He agreed that the stunt was way over the top this time, but Shatta Wale does not need to be punished severely, if at all.

This story backs up reports from yesterday that dancehall musician Shatta Wale was gunned down by armed men in East Legon and was rushed to the hospital on an emergency basis.
Many people were alarmed when they heard the news, and some hoped it was just a publicity stunt. He came out to confirm that it was all a publicity stunt, as many had assumed, and that he did it to raise awareness about the issue of false prophecies in Ghana.