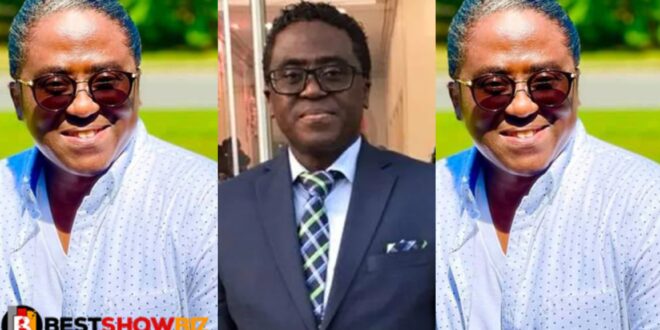 “I adopted the daughter of the taxi driver I mistakenly k!lled”- Gemann (video)

Nana Akwasi Agyeman, popularly known as Gemann, has revealed that he has adopted the daughter of the cab driver he killed.

In an interview with Agyemang Prempeh on Power97.9fm, the legendary music star said the taxi driver’s wife gave birth after the incident and the child is now his responsibility.

“I don’t know if the woman was pregnant at the time, but the child was delivered after the incident happened.. I can’t disclose the child’s name because she’s asked me not to since people end up attacking her and me as well..

She said daddy please if you go out on interviews don’t talk about us. For her sake, let’s leave that..

I took care of the girl till she finished college. I started taking care of her from prison and took full responsibility when I was released. I felt it was my responsibility since her dad was no longer there. When I came out, she was 14 years old because they gave birth to her when the incident happened.

She knows I shot her Dad. We’ve discussed the issue before and I’m the right person to give an accurate answer to her questions. She was disappointed in me and she was happy with me being her father. A lot of people are fatherless, so it’s a privilege if you’ve got one..

I’m not in charge of her responsibilities because she’s married to someone else, so the child is rather my full responsibility, but at a time when she was a widow, I took responsibility. I can’t say it all on the radio. “

Back in the 1980s, Gemann was a major Ghanaian celebrity.

But in 1995, he was convicted of murdering a taxi driver and lost all his celebrity.

He was imprisoned for 14 years.