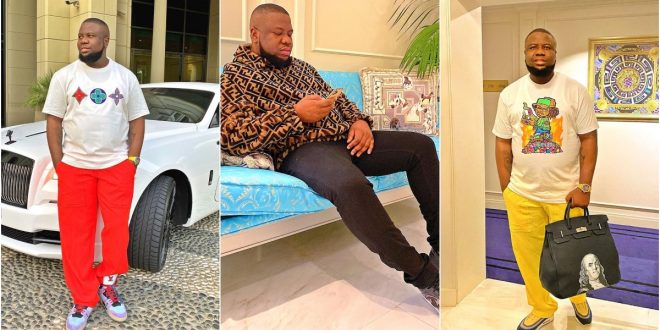 The popular Nigerian millionaire recently making headlines, Ray Hushpuppi, also known as “Aja Puppi” is noted for the sumptuous lifestyle he lives both home and abroad. he is one fond of flaunting his luxury belongings on social media and based on that it had a negative pressure on the youth.

Hushpuppi was recently arrested by Interpol and FBI for trying to scam the US Government.

After the alleged arrest, many social media users have reacted to his arrest. While most rejoiced over his arrest, others prayed for him to pass through his crises quickly.

among the reaction was one that grabbed the attention of many. It was from a twitter user identified as Francisco Dennisco. according to him he nearly used his mom for rituals due to the pressure from Hushpuppi

His reaction reads:  “To be honest, this guy makes me want to delete my mum for rituals because of his extravagant lifestyles and post on Instagram, now I know better”.