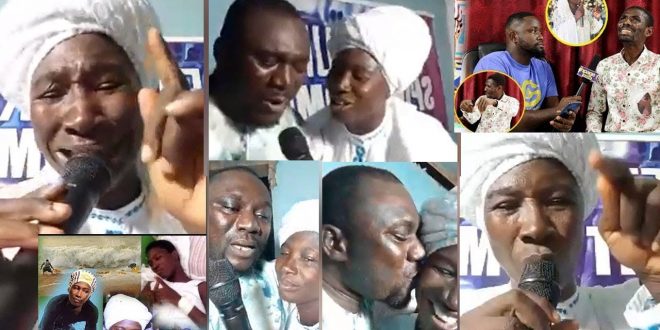 Husband of Cecilia Marfo speaks for the first time (video)

The husband of Gospel singer Cecilia Marfo has spoken for the first time and has made public how and when he met and married Cecilia.

In a recent interview we sighted, Mr. Clement Yeboah, revealed that he met Cecilia Marfo around 1998 when he was a Keyboardist at the church where Cecilia also sang.

According to him, he developed feelings for Cecilia but she did not make it easy for him.

He said Cecilia even used to report him to their pastor for Minor things and because of this, he also had his revenge on her in his own small ways.

“I used my safety boot to step on her legs and also change the Keyboard keys to a higher pitch when she was about to sing making things difficult for her”. He said

He added that he got his chance to propose to Cecilia when she needed help to complete a shop, He lends her the money and never took it back, it was there and then that he gathered the confidence to propose to her.

After they got together, Mr. Clement revealed that his father came for him from Kumasi to Ashiaman, and it was so fast that he could not even say bye to Cecilia.

He revealed that he was shocked when he went out one day, returned home to see Cecilia with all her bag in front of his door to live with him from Kumasi.

Watch the full interview below.