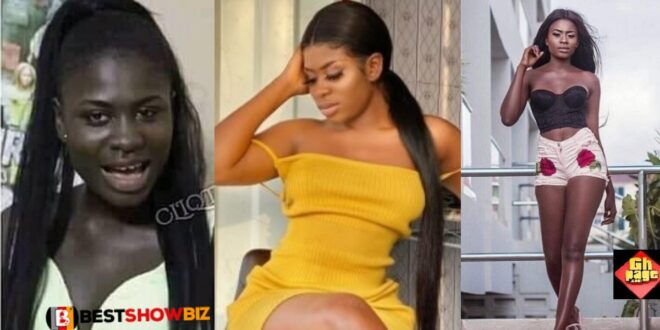 She has transformed into an incredibly fair person overnight, which defies critical thinking Ghanaians’ expectations.

Yaa Jackson’s complexion appeared to be quite natural in the shot, therefore the question is, who or what motivated Yaa Jackson to totally bleach her face, Michael Jackson or?!

Well, we have compiled photos of how Yaa Jackson gradually turned from being a dark-skinned girl to a fair-skinned girl.

below are her transmission photos;