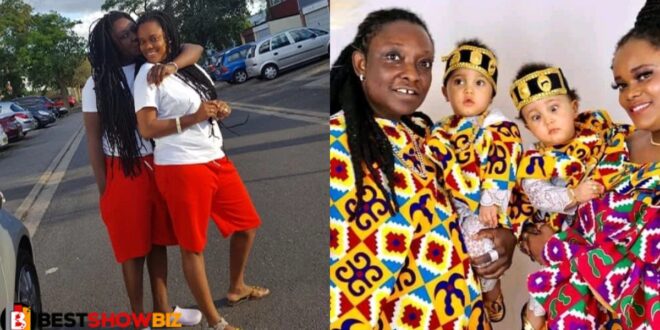 It is all about making decisions and choices in life, and you can not disagree with other people’s choices unless you respect them first.

Linda is a Ghanaian woman residing in the United Kingdom who has proudly declared to the world that she has quit dating men and is only interested in other women who are similar to herself.

DeeLyn is the name of the popular lesbian couple on Facebook. Despite the negative comments written on her page, Linda has demonstrated to the entire world that she is truly happy in her current relationship.

On the page, the couple has posted countless happy moments in which they can be seen kissing, snuggling, and doing other romantic things.

Every marriage, should have children. Linda and her lover girl just revealed the birth of their twins to the entire world, proving that lesbians can get pregnant. They are now the joyful parents of two identically lovely sons.

As lengthy as public stigmatization occurs among humans, many people are anxious about their baby’s social co-existence. How would their twin babies explain to others that their father is a woman without being judged?