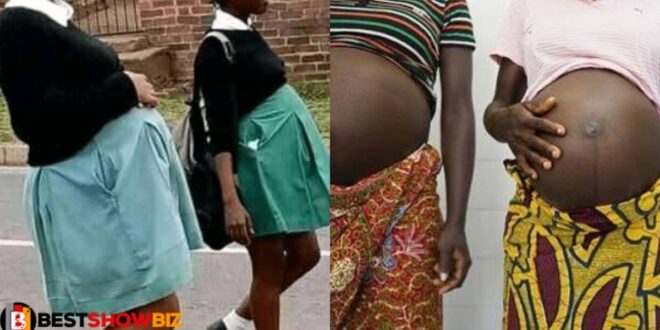 How 1,833 young girls got pregnant in the same district within 90 days in Uganda

According to the Daily Monitor UG on Tuesday, June 8, the Tororo area in Uganda has seen a sharp increase in adolescent pregnancy in the last three months, threatening to cut short the pursuit of education among females of school-going age.

The data was provided by Mr. Ali Mugerwa, the district biostatistician, during a district stakeholder’s conversation hosted by the National Association of Women Organization of Uganda on June 4.

Within a 90-day period, 1,833 females aged 10 to 19 were reported pregnant, according to the statistics.

“The highlighted cases of teenage pregnancy are far fewer than the actual number because these are only those who were able to access antenatal services, while many others are afraid of being laughed at,” Mugerwa explained.

He explained that the information, which included cases of defilement by close relatives, came from the district health management information system, which was received from public health institutions.

“All of the people who impregnated these innocent children need to be brought before the court,” he added, adding that this is getting more difficult since some parents collude with the accused.

He blamed the current situation on both parents and the inadequate legal system, saying that if parents were doing their jobs properly, none of this would have happened.

Poor parenting, coupled with thirst for dowry, poverty, peer pressure, and ideals reinforced by tradition, according to Ms Pauline Nabwire, program officer of the National Association of Women Organizations of Uganda.

“Most of the communities here are impoverished, with the majority of them unable to eat a single meal per day, and as a result, parents force their daughters to marry in order to receive bride price,” she explains.

Cases in the hardest-hit sub-counties