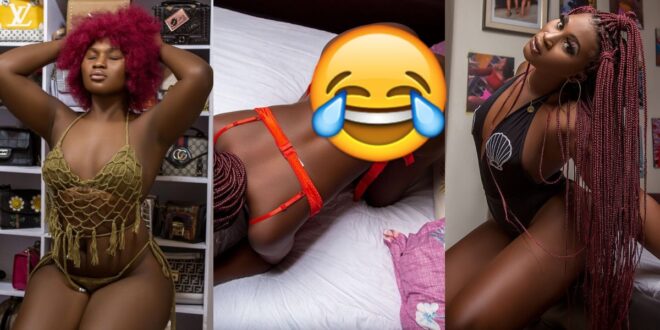 Hot Pictures of Aisha Of DateRush that shows she is an actual Nu.d!st on social media

On TV3’s ‘Date Rush,’ Aisha, one of the ladies looking for love, has consistently referred to herself as a nu.dist.

On the most of these cases, she brings this up because she perceives the man as incapable of dealing with her wild side as a ‘mummy’ in their relationship, whether they want to have one after the official date.

Well, bestshowbiz has done some digging to see whether what she’s been suggesting is valid, and we can honestly claim that Aisha is a nu.dist, among other stuff.

Aisha, who has starred in the last three episodes of Date Rush Season 4, appears to be a model, vixen, actress, and her favorite definition, nu.dist, based on images on her Instagram page.

According to her Facebook profile, Aisha has acted in one comedy skit with Kwadwo Nkansah Lilwin.

She has also starred in Yaa Pono’s music videos.

Take a look at the pictures below and see for yourself.