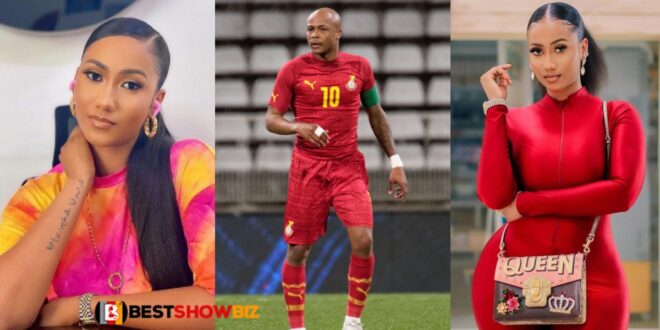 Popular Ghanaian socialite who has turned into a musician, Hajia4real, appears to be being pursued by all of the country’s affluent men.

There have been rumors this week that she was engaged to Togolese footballer Emmanuel Adebayor and that she had lost her former boyfriend to actress Benedicta Gafah.

Apart from her relationship with the Togolese footballer, it was revealed on the internet that Hajia4real also snatched the husband of a married woman.

The guy is now claimed to have ignored his wife and children in order to follow Hajia4real.

In a new development, it appears that popular Ghanaian footballer Andrew Dada Ayew is the next guy Hajia4real is warming his bird and chopping his money.

below are screenshots of the allegations;