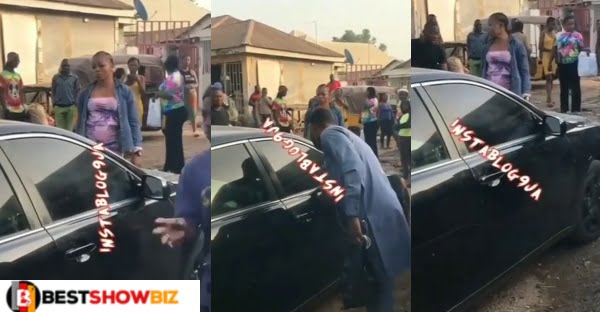 After failing to pay for her night service, a greedy customer prompted a slay queen who almost smashed his car’s windscreen.

After refusing to pay for her services, the Slay Queen decides to show him what she’s made of.

She was seen on camera blocking the man from leaving with his car, despite the fact that he allegedly failed to pay the agreed-upon GHS 150.

A mob gathered to see the show, and some attempted to calm the tension.

But the lady was not about to give up that easily, so she leaped onto the car as he drove away.