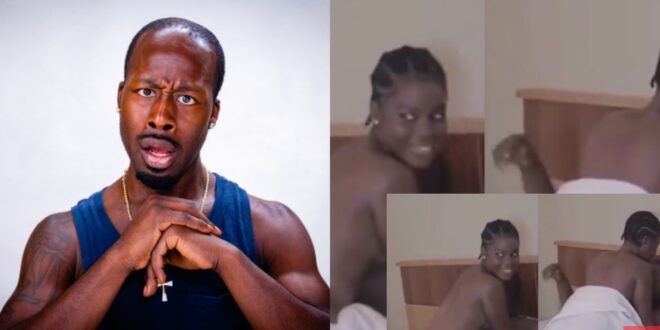 Hmm! Kumawood actress and actor spotted chopping in behind the scene footage (video)

A s#xually graphic behind-the-scenes footage of a Kumawood film’s cast eating themselves has emerged on the internet.

A viral video capturing an actor and an actress in an e#plicit scene is doing the rounds on social media.

we were able to see the budding actress and actor trousers down with some of the lady’s private body parts visible in the footage.

The cameramen and producer could be seen in the distance pressuring the actress to do better, while the star seemed to be in heaven.

Despite her shyness, the lady was expected to behave professionally.