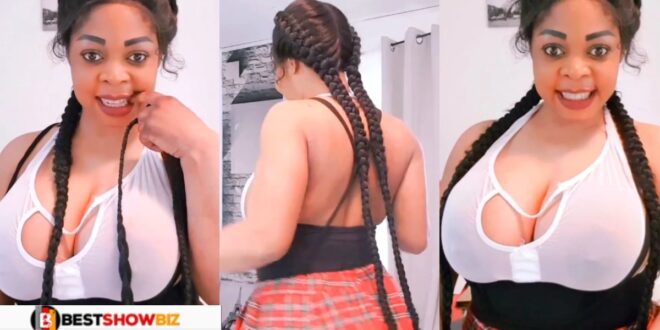 A former AIDS ambassador Miss Joyce Mensah Dzidzor, who made headlines recently after claiming that she would die soon, is back in the spotlight as she flaunts her raw boobs.

The woman in the video, which has already gone viral, was seen swaying her boobs and doing some seductive gestures for her fans.

Joyce Mensah was seen exposing her belly as she continued to dance and flaunt her attractiveness while shaking her firm and attractive bosom.

Many people who saw the video have stated that the woman is depressed and in need of assistance to rehabilitate.