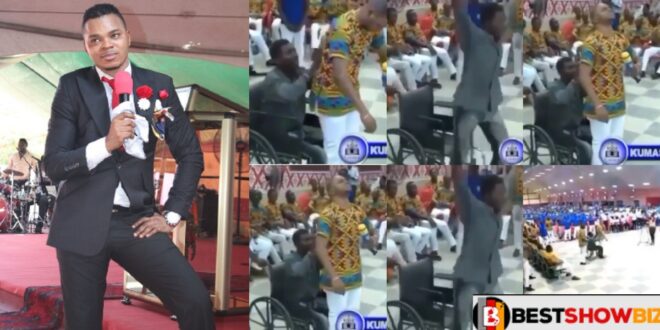 Bishop Obinim, also known as Ghana’s spiritual president, has struck a chord with Ghanaians when a video of him performing a fake miracle surfaced on the internet.

His recent viral video has had a lot of people talking.

When explained, the substance of the video will appear and sound boring to you, which is why you should view the movie below.