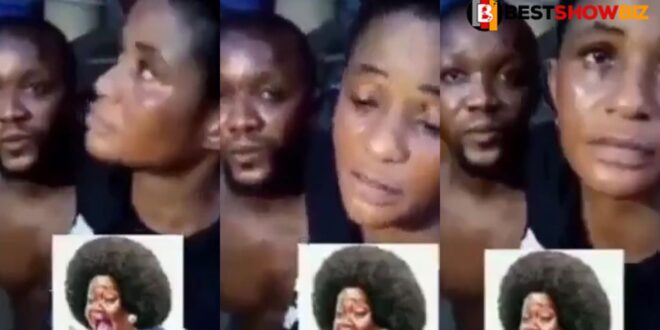 A married man was discovered sleeping with the wife of another man.
For quite some time, the two married persons have been cheating on their respective spouse.

Finally, their cup is filled after neighbors caught them in the act.

The man admitted to being married to those who busted them, but the lady stated that she is still with her boyfriend and that they have yet to officially marry.

The married male thing, according to the lady, is sweeter than her partner’s.