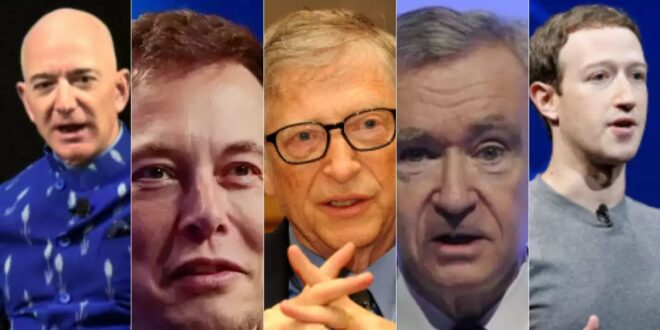 Forbes is a publishing and broadcasting company. Bertie Charles Forbes founded the company in 1917, and Steve Forbes took over in 1990. Forbes Media is known for its magazine and rankings of billionaires and universities.

They have announced their annual list of the world’s richest ten billionaires, and we have got the entire thing right here. Jeff Bezos, the CEO of Amazon, has led the list for the fourth time in a row.

As a result of a jump in Amazon shares, the 57-year-net old’s worth rose to $177 billion, up from $64 billion a year earlier, according to the media firm on Tuesday, April 6.

Read Also  "Efia Odo is a disgrace to women for showing her n!pples in photo"- Archipalago blast