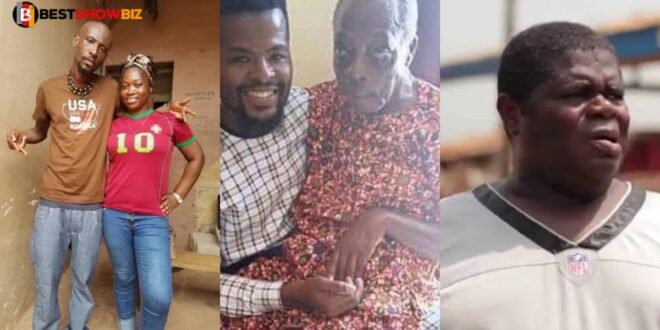 Here are five Ghanaian celebrities who were once rich but are now pleading for public support.

Unexpected events can force even the strongest men to crumble.

It’s not uncommon in Ghana to be praised as the world’s most influential person one day and beg for alms the next.

Many celebrities have recently come forward to ask for help.

Some of the stories are really sad, as these famous entertainers are left penniless due to old age or illness.

Others astound the public because they did not expect the celebrity to beg due to their demeanor.

Here are five Ghanaian celebrities that were once popular but are now pleading for public support.

In October 2019, Kowhe, a popular Ghanaian actor, appealed to his followers and all Ghanaians to help him.

He stated that despite being one of the top paid performers of his time, he struggles to get a proper dinner.

“It is unfortunate that people wait until you are dead before showing love, but I beg them to do it for me now,” he stated.

A recent photo of the actor sparked online outrage. He appeared to be dying.

Read Also  Meet 9-years Old Sante Genius, The Daughter Of Okyeame Kwame Who Is The Youngest Entrepreneur in Ghana - Photos

It’s been reported that Kwaadee got ahead of himself and the popularity changed him into a shadow of himself.

The Award rapper reportedly had a mental illness that kept him out of the spotlight for a few years.

In 2020, a snapshot of the rapper appeared lean and distressed. He was supposed to be in a rehab clinic or a spiritual home for his mental illness. Lord Kenya offered to help him recover because he believes he was involved in Okomfour’s’madness’.

He’s back in shape and has written a few tunes. He was also seen at Sarkodie’s birthday party.

Only 2 months ago, Sugar Tone, real name Gideon Darko, was seen sleeping rough by the highway in an unknown place.

The famed producer was as drunk as a fish, unable to control his movements or articulate a coherent speech.

Sugar Tone was a popular music producer in the early to mid-2000s, responsible for some of the biggest songs.

He was credited with songs by Bandana (now Shatta Wale), Daseebre Gyamenah, Reggie Zippy, and many others.

Eyoh Soundboy is a young producer who has collaborated with artists like Samini, Shatta Wale, Sarkodie, and others.

The producer has kidney disease and has spent his last dollar on dialysis.

To keep him alive, his wife, Aisha Yusif, revealed in an interview that they need at least a million Ghana Cedis for dialysis treatments and an operation.

Actor Psalm Adjetefio gave a viral interview pleading with the world to help him pay his rent or he would be homeless.

The actor revealed that he does not own a home and has been renting the apartment depicted in the video.

He claims he has lost his celebrity status and is now a social ‘Charity Case’. He implored Ghanaians to help him pay his GH3000 rent or he will be homeless. In January, the actor came forward to ask Ghanaians for aid with his heart problem.