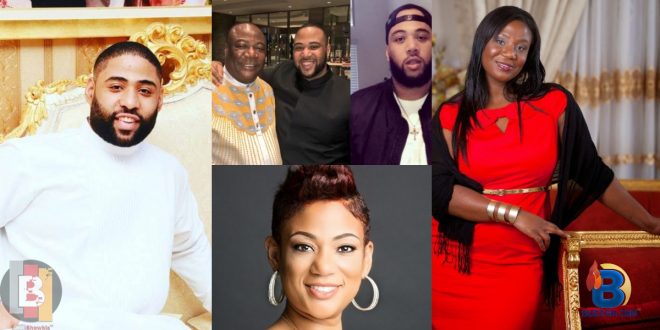 Here Are All The Four Children Of Duncan Williams: Where They Are And What They Do – Photos

The General Overseer of Action Chapel International, Archbishop Nicholas Duncan Williams has been in the new for the past few days all because of one of his son’s Daniel Duncan Williams.

looking at the embarrassing behavior of Duncan Williams’s son Daniel, we bring you all the four children of the said man of God and what they all do.

Nicholas Duncan Williams is married to Rosa Whitaker and they are blessed with four children.

Elsie Otoo is the firstborn, she is a minister of God – a powerful gospel musician.

Ella Duncan Williams is the second born. She is also a pastor who preaches the gospel.

Joel Duncan Williams is the third born. He is a pastor at one of the branches of his father’s church.

Daniel Duncan Williams is the last born. He is the prodigal son who is trending for all the wrong reasons.