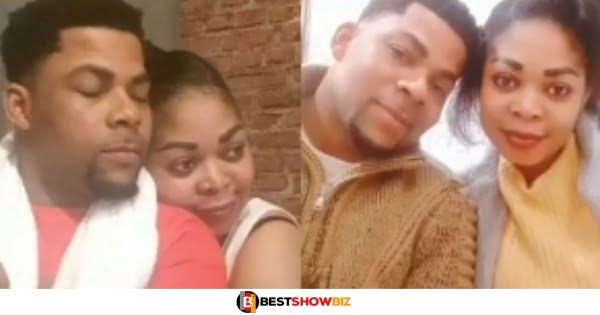 Remember how Joyce Dzidzor Mensah recently accused Ohene David online of having 37 sexual encounters with her and then dumped her?

Pained In one of her videos, Joyce said that she even bought Ohene David a phone so that he could stay with her, but that when he got the phone, he wouldn’t respond to her calls or chats.

Later, Joyce threatened to post pictures of him in his underwear online if he didn’t come out and admit to Ghanaians that he had slept with her before. She also warned his supporters not to make fun of her for having the AIDS virus.

Read Also  'I dont have HIV, We bought the Blood to Cover Up - Joyce Dzidzor Confesses in new video

In a recent viral video, Ohene David has at long last confirmed all of Joyce Dzidzor Mensah’s claims.

It’s true, as Ohene David admitted, that he formerly dated Joyce Dzidzor Mensah, and the two of them engaged in extended acts of intercourse.

He also admitted that Joyce Dzidor Mensah was a freak in bed, and it hurts him that he can never fall for her.