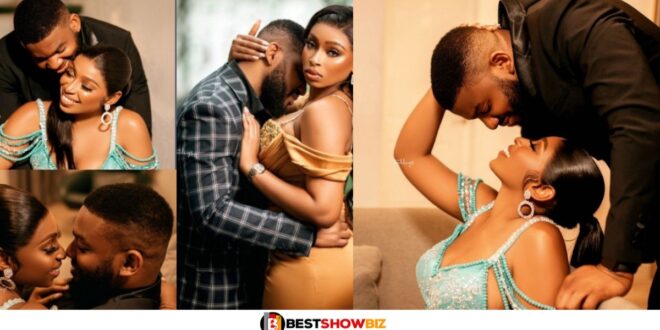 “He was shy about proposing when we chatted, so I proposed to him instead”- Lady reveals how she got her husband

Stephanie, a Nigerian woman, has just disclosed what transpired prior to her meeting her current spouse, who is also Nigerian.

Her friend had introduced her to someone, but she wasn’t interested in him due to the fact that she had recently ended her relationship with her ex-boyfriend.

Stephanie shared her thoughts on the subject with the group.

However, after some time, she discovered that the gentleman had been attempting to shoot his shot in a low-key manner, but he had been too nervous to do it.

Stephanie, on the other hand, ended up interacting with him, and they eventually became partners as a result of their friendship.

Read Also  "Ghanaians don't respect me, but i am respected everwhere in the world"- Asamoah Gyan

So far, couples have shared their experiences and provided advice on how they came to be with their spouses.

As more and more individuals are getting married, we hope they are able to reap the benefits of marriage.

Meanwhile, it appears that Stephanie is the ideal lady for her man to be with.