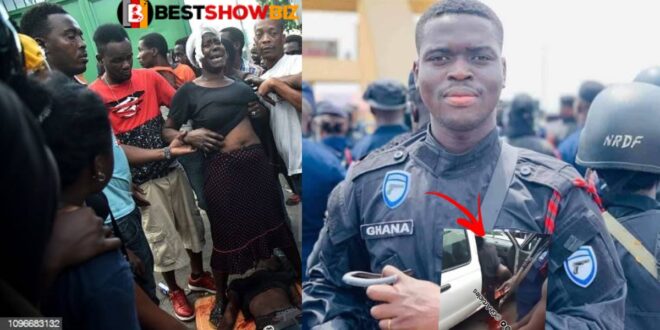 “He was my only hope, who will take care of me”- Mother of k!lled police officer cries

In an interview with Citi TV, the mother of the late Constable Emmanuel Osei screamed out that she had no one to look after her but her late son.

The death of Emmanuel Osei has become a hot topic of conversation, with people discussing it in every nook and cranny of the country.

While the Inspector General of Police paid a visit to the family to express his condolences, the deceased’s mother was seen crying and mourning bitterly in an interview with Citi TV’s team.

While sobbing, she stated that the late Emmanuel is the only person on earth who gives her hope, and that now that he is gone, she has no one to look after her.

Meanwhile, the IGP has vowed to bring those responsible for his man’s death to trial and ensure that justice is served.