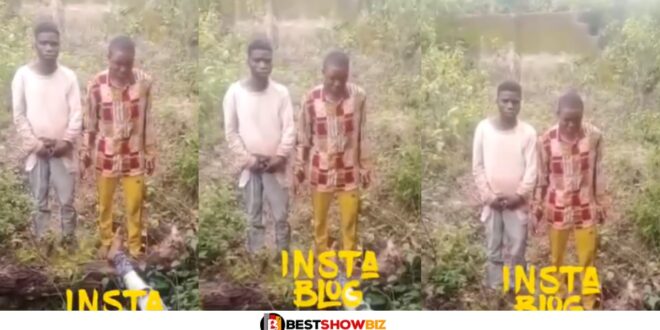 He Was Making More Money Than Us In Yahoo- Two Young Boys Reveals Why They K!lled Their Friend (Video)

Wasiu, a young man, was murdered by his close associates in Modakeke, Osun State.

The incident occurred on Sunday, August 14, 2022, according to reports. According to a reliable source,“They were four of them who committed the act but two escaped. The suspects were arrested after some farmers who witnessed the crime quickly reported it to the police.

During interrogation, it was discovered that the yet-to-be-identified suspects, lured the deceased to the bush under the guise of seeking spiritual help and killed him with a cutlass.”

However, in a viral video, the suspects who led security personnel to the location where their friend was killed can be heard saying that they killed him because he made more money than them through Yahoo Yahoo.