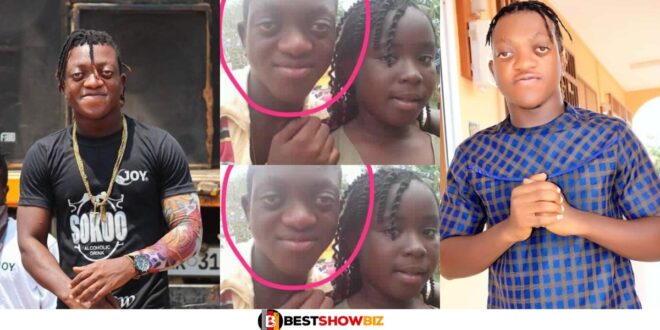 Initially, the appearance Sumsum Ahuofe was enough to keep you from watching his films alone in your bedroom. But you’ll be surprised to learn how much money has changed his appearance.

Surely you’ll fall in love with Ghanaian actor Sumsum Ahuofedua after looking at these stunning images.

Born Yaw Adu, his enlarged eyes have made him one of the greatest and most accomplished Ghanaian performers. He once revealed to Ghanaians that he was going to get surgery to improve his appearance.

When compared to other Ghanaian male celebrities who have been labeled as ugly, he is likely to be the most prominent figure. Despite this, he proclaimed himself to be the most attractive man in the world.

well, perhaps his latest looks might just qualify and make him worthy of the Ahuofedua tag he’s kept on himself all these years. It is yet to be known whether he went through with the surgery – either way he looks stunning now.

See his photos below: