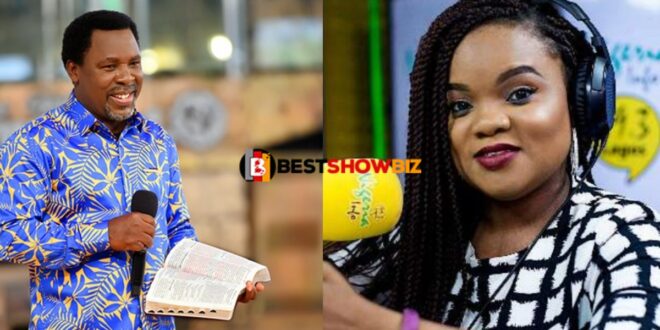 Sandra Ezekwesili, an OAP, has disclosed that the late T B Joshua caused more harm than good to his church, and that anything that implies otherwise is incorrect.

Sandra disclosed in her post in response to T B Joshua’s death that TB Joshua’s teachings caused more harm to his church.

In her post, she wrote: TB Joshua was reportedly ill and wen to the hospital. Did he teach his numerous followers to try hospital and not abandon their medication for his Holy water and anointing oil. His ministry did a lot of Damage. Any conversation that doesnt include that, is dishonest.

Read Also  Jerry John Rawlings is not dead, his soul is in my house - Popular Pastor reveals
Share