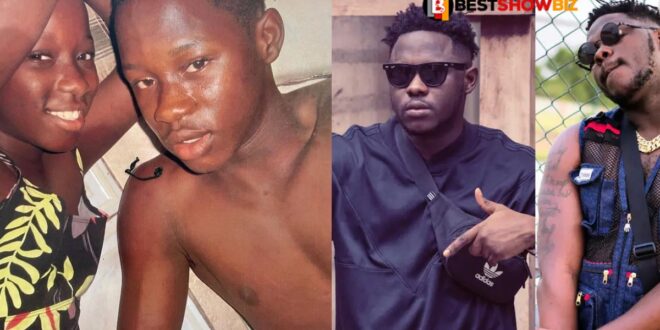 Fans can not stop talking about a vintage photo of rapper Medikal that has emerged online.

Medikal appeared to be rather small in the photo, and it is probable that it was shot when he was still an adolescent.

He was in bed with a girl who seemed to be his own sister, Petrah, due to their striking likeness.

The snapshot has sparked a flurry of reactions from admirers, with two people claiming Medikal resembles Abraham Atta, a Ghanaian actor residing in the United States.