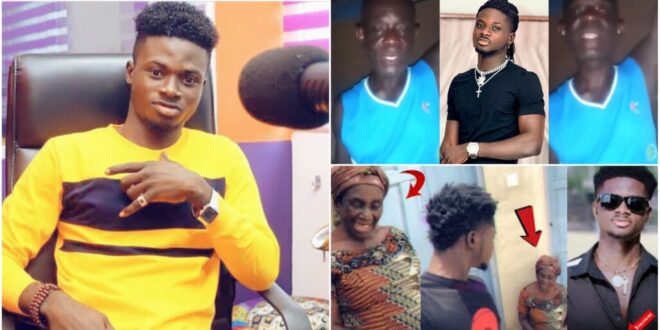 “He is not my father”- Kuami Eugene denies man claiming to be his father.

Kuami Eugene has spoken for the first time about a man who came out to claim he was the biological father of Kuami Eugene.

A few months ago Samuel Kofi Boakye came out on social media to disclose that he was the father of kuami Eugene and that he went to seek greener pasture only to come and see his wife has run away with his son.

To make matters worse, a chief from the town came out to confirm the story of Samuel Kofi Boakye.

Kuami Eugene for the first time has reacted to the story and denied that the man was his father.

Eugene said he knew his real father and siblings and that he was shocked to hear the man cook up such a story.