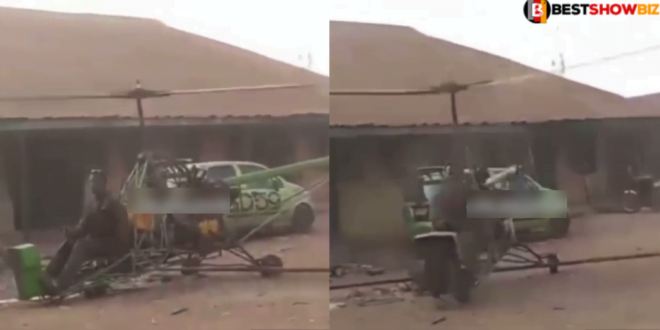 He has the vision: Young man manufactures flying Helicopter in his own backyard

We have chanced on a viral video of a visionary young man who has manufactured a flying helicopter in his own house.

In the trending video, as we sighted, the young man had everything in place as he is seen seated as he sparked the helicopter.

The fans of the helicopter were seen whining very fast as it tried flying in the skies after he sparked it.

The video has gotten so much reaction as people claim he is very visionary and needs the support of the government.

Though we are yet to find out the name of the young man and where he comes from, we see the video as very interesting.