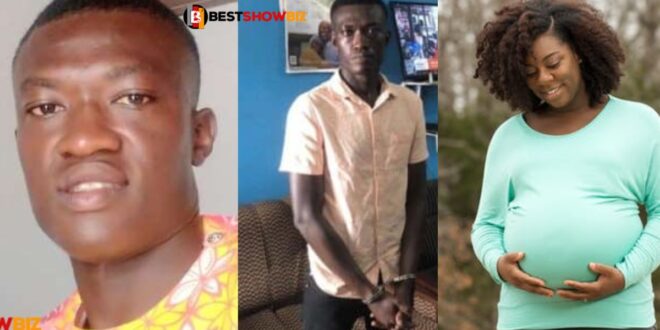 “He has also k!lled a pregnant woman and her child”- Woman reveals more info on Abesim k!ller

Richard Appiah has been heavily criticized for reportedly murdering infants and keeping their remains in a refrigerator at Alaska Junction near Abesim of Sunyani in the Bono Region.

Every day, more information regarding the Alaska incident emerges.

According to a woman, Richard Appiah had previously killed a pregnant lady and her unborn child.

See what the woman wrote below.

If found guilty, he should be sentenced to death as a deterrent to those who commit similar crimes.