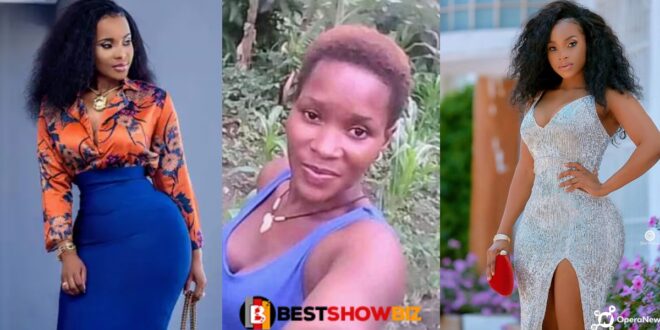 Have hope with these old photos of Benedicta Gafah

This photograph of Benedicta Gafah exemplifies the adage that “time changes.” True, time passes, therefore if your scheduled time has not arrived yet, do not be concerned; it will. Always remember that there is a light at the end of the tunnel.

Benedicta Gafah was born in the month of September in the year 11986. She is a movie star, film producer, and television host. She has appeared in a number of films. She has also appeared in films from both Kumawood and Ghallywood.

She is regarded as one of the most attractive actresses in the country. She is usually on point when it comes to fashion. She has become a role model for many young women in the country due to her reputation as a fashionista.

Take a look at these stunning images of the movie star.