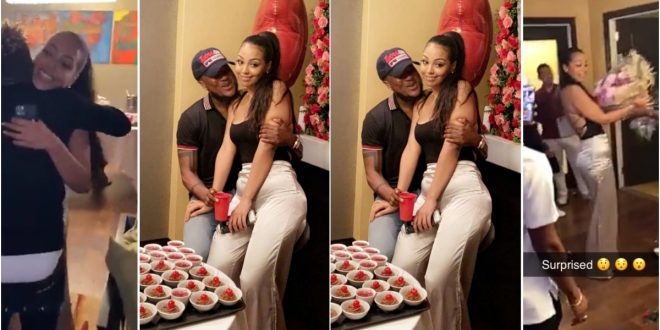 Hajia4reall’s baby daddy, who used to reside in the US and identified as Latif, has organized a lavish birthday party for his new girlfriend, Nadia at Kempinski Gold Coast Hotel yesterday May 31st, 2020.

Many celebrities in the likes of Shatta Wale and some known Shatta Movement guys, Omar Sterling and Mugeez of R2bees. were present to grace the birthday party.

To Nadia, Latif has made her the happiest lady on earth by inviting Shatta Wale to the party as she claimed he is her favorite celebrity.

According to a source who was at the birthday party, Nadia used to be Hajia4Real’s very good friend but has now stolen the heart of the latter’s baby daddy.